July 13, 2015 – The Republic of the Marshall Islands (RMI) submitted its Appeal Brief today to the Ninth Circuit Court of Appeals in San Francisco, appealing the dismissal of the Nuclear Zero Lawsuit. The case was dismissed in Federal District Court on February 3, 2015 by Judge Jeffrey White. 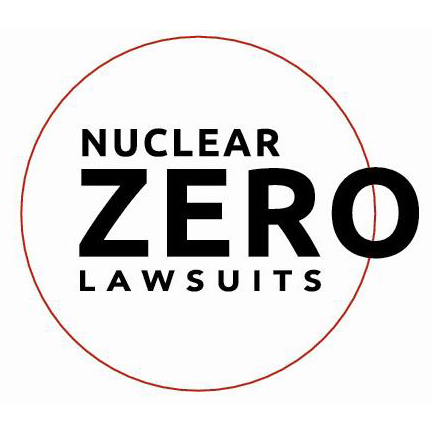 The lawsuit calls upon the U.S. to fulfill its legal obligations under the Nuclear Non-Proliferation Treaty (NPT) and customary international law to negotiate in good faith to end the nuclear arms race at an early date and for total nuclear disarmament.

Upon learning of the impending Appeal, Archbishop Desmond Tutu, former Nobel Peace Prize laureate and well-known human rights activists, stated, “An obligation to negotiate in good faith has real legal meaning and is not merely a theoretical ideal. The United States’ breach of NPT Article VI has serious consequences for humankind and the Marshall Islands appeal is of critical importance.”

Rather than allowing the case to be argued on its merits, the District Court dismissed the suit on the jurisdictional grounds of standing and political question doctrine. Today’s Appeal Brief directly challenges the Court’s decision, stating, “The District Court misapplied the law, misconstrued the harm alleged and the relief sought by the Marshall Islands, and inappropriately construed inferences in the Executive’s [the Executive Branch of the U.S. government] favor.”

The Marshall Islands suffered catastrophic and irreparable damages to its people and land when the U.S. conducted 67 nuclear weapons tests on its territory between 1946 and 1958. These tests had the equivalent power of exploding 1.6 Hiroshima bombs daily for 12 years. The devastating impact of these nuclear detonations continues to this day. For more information, visit www.theguardian.com/world/2015/jul/03/runit-dome-pacific-radioactive-waste.

Despite these damages, the Nuclear Zero Lawsuit does not seek compensation. Rather, the Appeal Brief states, “The Marshall Islands seeks a declaration of the meaning of the NPT Article VI obligation; a legal determination of whether the Executive’s conduct satisfies the obligation, and an order requiring future compliance with the obligation, unless the U.S. chooses to withdraw from the Treaty.”

Laurie Ashton, lead attorney for the Marshall Islands in the U.S. case, commented, “This case asks the question whether the President of the United States is above the law – and the law here is Article VI of the NPT, a legally binding treaty. The Marshall Islands, like every NPT party, is entitled to the fulfillment of the United States’ promise to negotiate complete nuclear disarmament. But while the United States has the world focused on nonproliferation measures across the globe, it is in flagrant breach of its obligation to negotiate complete nuclear disarmament. It refuses to discuss any timetable whatsoever to achieve nuclear disarmament, and is instead actually modernizing its nuclear arsenal with new capabilities to last decades into the future at a budget of approximately $1,000,000,000,000 (one trillion dollars). The lawsuit brings these breaches to Court, forcing the U.S. to respond in public.”

David Krieger, President of the Nuclear Age Peace Foundation and consultant to the RMI, noted,

“The Marshall Islands is the most courageous country on the planet. It is standing up to the nuclear-armed nations, demanding that they fulfill their legal obligations for nuclear disarmament. Its Appeal Brief in the U.S. case makes strong sense and shows that it is a country that will not give up or give in.”

For more information about the Nuclear Zero Lawsuits, visit www.nuclearzero.org.