Yesterday at the United Nations, the International Association of Lawyers Against Nuclear Arms (IALANA) released a Lawyers’ letter on the abolition of nuclear weapons in conjunction with UN negotiations on a treaty to prohibit nuclear weapons.

The letter welcomes the UN negotiations, highlights the current illegality of the threat and use of nuclear weapons under general international law, laments the fact that nuclear-armed States are failing to recognise that illegality, and supports its codification in a multilateral prohibition agreement. 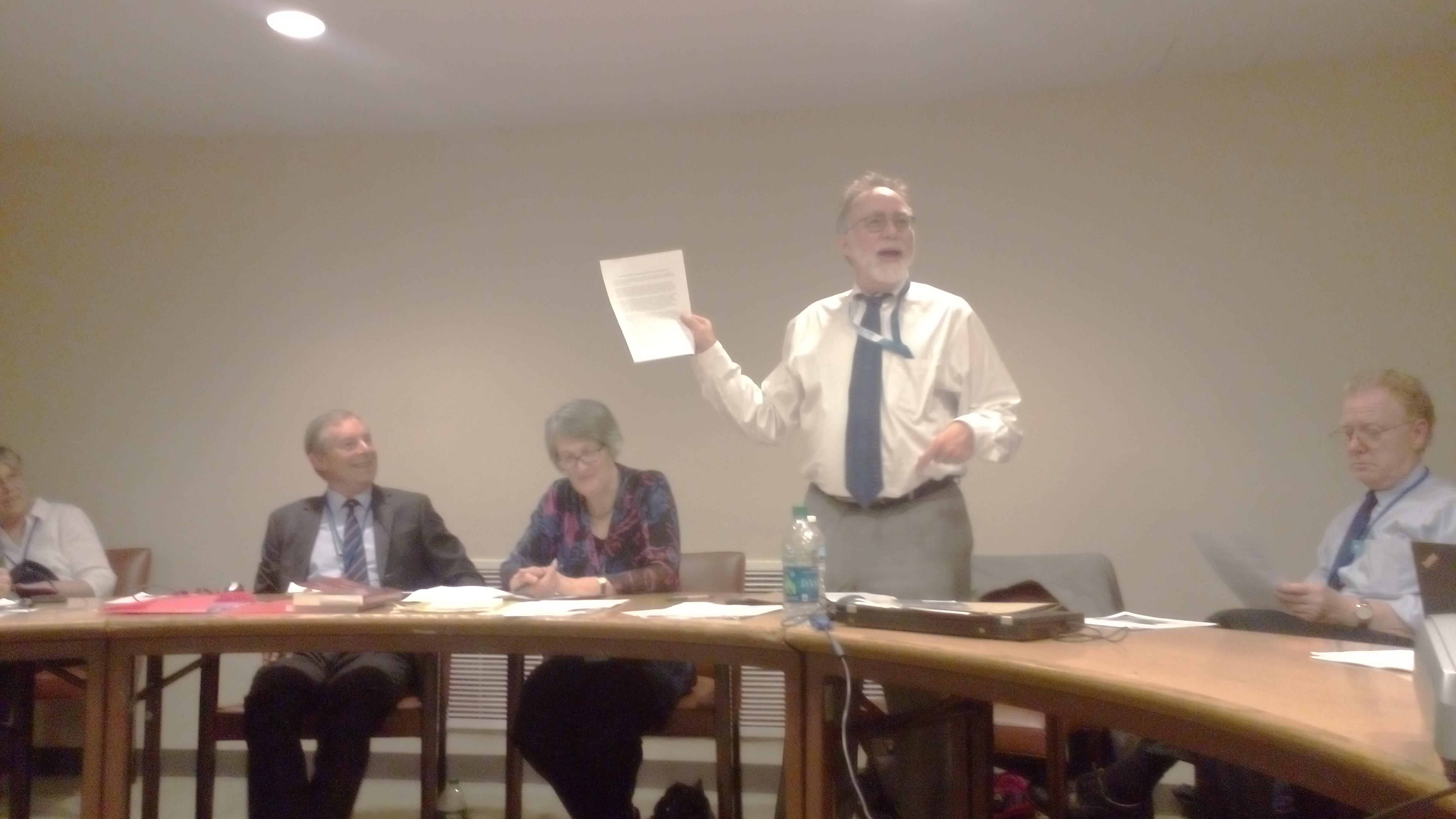 The nuclear-armed states and their closest allies have refused to participate in the negotiations and will almost certainly not sign the treaty. However, the letter notes that despite this, ‘the nuclear ban treaty effort constitutes an important affirmation of the norms against nuclear weapons‘. Further, adoption and implementation of the treaty “will be a major step towards negotiation of a comprehensive agreement on the achievement and permanent maintenance of a world free of nuclear arms.”

John Burroughs, Executive Director of the Lawyers’ Committee on Nuclear Policy (UN office of IALANA), noted at the launch of the letter that whether to include a prohibition of the threat of use of nuclear weapons is a contested issue in the negotiations on a nuclear ban treaty.  He stated that:

‘…while existing law does apply to threats in all circumstances – aggression, self-defense, particular operations and situations during an armed conflict – its application is complicated and not spelled out comprehensively in the UN Charter and in IHL treaties. Inclusion of a prohibition of threat of nuclear weapons in the convention would therefore provide desirable clarity, confirming the illegality of threat under existing law, which should also be declared in the preamble.’

Commander Robert Green (Royal Navy, ret.) supported Mr Burroughs on the need to include a prohibition on threat of use of nuclear weapons in the treaty.

“Nuclear deterrence, far from providing security, promotes insecurity through stimulating hostility, mistrust, nuclear arms racing and proliferation. What is more, because of these realities and its insoluble credibility problem, it is highly vulnerable to failure. As for extended nuclear deterrence, far from providing a so-called ‘nuclear umbrella’ to non-nuclear US allied states, it acts as a ‘lightning rod’ attracting insecurity to them, because any use of nuclear weapons by the US on their behalf would inevitably escalate to all-out nuclear war… nuclear deterrence is a vast protection racket by a US-led organised crime syndicate, who use it as a counterfeit currency of power, and whose principal beneficiary is the military-industrial complex.”

“This is why the ban treaty must prohibit threat of use, and include language explaining what that means…. The fact that the currently deployed UK Trident submarine is described as on ‘deterrent patrol’, despite being at days’ notice to fire with no assigned target, confirms this need.”

The lawyers’ letter also calls for implementation of well-known measures to reduce nuclear dangers and facilitate nuclear disarmament, including ending nuclear sharing, in which Belgium, Germany, Italy, Netherlands, and Turkey host US nuclear bombs, and ratification of the Comprehensive Nuclear Test Ban Treaty by hold-out states, including China, India, Pakistan, and the United States, to bring it into legal force.

The letter’s relevance goes beyond the current negotiations, and IALANA will keep the letter open for additional endorsers from members of the legal community. Sign on at https://www.ialana.info/lawyers-letter/